Listen to the media toilet gurgle.

When unhinged liberals have no strategy, they channel their inner-disgusting.

Bill Maher … the pithless poser of late night television … is under fire for an incest joke he made about President Donald Trump and his daughter Ivanka Trump. 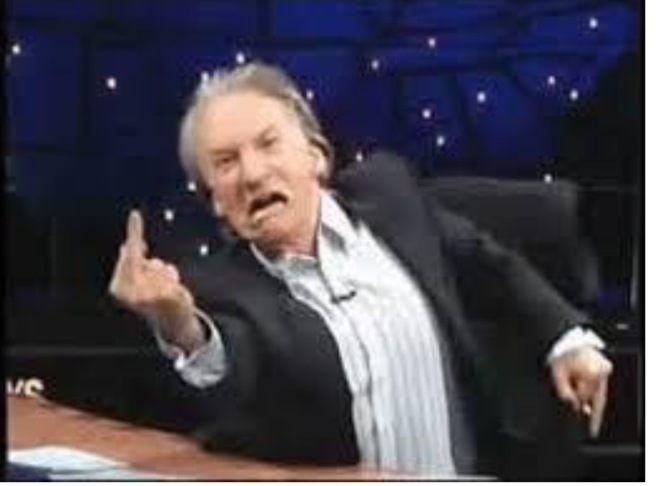 “A lot of us thought, ‘Oh, Ivanka is gonna be our saving grace.’ When [Trump’s] about to f–king nuke Finland or something, she’s gonna walk into the bedroom and you know … “Daddy, Daddy. Don’t do it, Daddy,'” Maher said while making a crude gesture with his hand.

And so a reminder …

There is the Fourth Estate … the press and the “entertainment” arm … that mangy collection of venomous scribblers, news-benders, and camera-mugging intolerants who decide what you should and shouldn’t think.

They’re more likely to create the news than report it.

They lie out of habit, persuade out of bias, and never feel a bit of shame because not a soul in that great piss-pot of the media knows of such a thing.

They’re all safe there … among one another … in their own bacterial world.

There is a great aqueduct of endless egoism that produces crude episodes of journalistic weirdness. And now … with Maher and Colbert … we can cite the extra-disgusting dimension.

It’s a swampy amphitheater for non-stop productions of the disgusting, the dishonest, and the distorted. There’s no reality at all … just a never-ending discharge of sludgey, virulent antagonism among egopolitans and pundit-pukers who proclaim themselves to be the pulse of the nation … to the gagging amusement of millions.

The Democrat Party isn’t the opposition any more. They’re not setting any political course.

The opposition is the media.

The Democrats take their cues from the Mahers and the Colberts and the Maddows and the Matthews.

Liberal politicians are just puppets … manipulated by middle fingers … directed right at you.

When unhinged liberals have no strategy, they channel their inner-disgusting.

One thought on “Listen To The Media Toilet Gurgle.”