“Hillary Clinton is up to something.”

“I told a group of friends, all liberal Dems, that I believed she was keeping open the possibility of a rematch against Trump … It was unanimous — they were horrified.”

I hope it’s so … that she tries to resurrect herself.

This woman is not just disliked … she’s loathed. Even by those who call themselves liberals or progressives or whatever.

She shredded herself the last time out … because she pretzeled the rules of her own party …  lied incessantly … and schemed endlessly. And no one was fooled.

She became the “Entitled One” … the supposed shoo-in. The certain winner. The next president.

And she’ll lose again … because there is one absolute reality that cannot be changed: Hillary is unlikable. And unsavory. And unprincipled. And everyone knows it.

She’s the oily eel. The slitherer. Always repositioning her position …  always denying her own words. Always shocked when others find her in her own lies.

But could it happen? Could she lazarus herself? Come back from the dead?

I hope so … so she can lose again.

Her career record would be darkly shadowed by the quick and popular successes of Donald Trump. He would tower over her.

Hillary Clinton’s been a chameleon for nearly thirty years. There’s no “there” there. No substance. No nothin’. Just hyper-ambition shellacked in duplicity, deceit, and hypocrisy.

She and her husband are the nation’s most famous grifters. They’ve scammed their way to stunning wealth as the most successful political con-artists in American history. 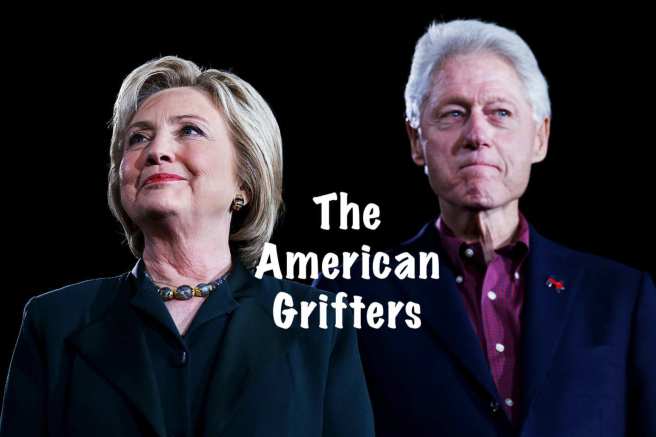 And they believe she can slink her way into the White House … and that they’ll become American immortals.

But a funny thing happened on the way to the West Wing.

So Hillary and Bill remain unfulfilled. Usatisfied. Because grifters are never sated. They  gorge themselves on their own obsessions. And Hillary Clinton has been possessed by obsession for decades.

She’s not through plotting … and conniving … and conspiring. Those are heavy-duty habits to kick.

Expect her to run …

and lose again.
Because she is a woman of habit.

One thought on “She’s Baaaaack!”