I get a kick out of seven year olds dressed up as democrats … because they remind me of the real thing.

So James Clapper and John Brennan … former intel big wigs …  are super miffed-off because President Trump doesn’t want them hiding under his bed.

Since they’re free-lance pains-in-the-ass, Trump sees no reason why they should have any security clearance at all. Why should they have inside access to information when their loyalties are elsewhere?

And Trump told several other Demo-creep operatives to stop hiding in his closet … like former FBI guy James Comey … Michael Hayden of the CIA … FBI goof Andrew McCabe … and Susan Rice who was national security adviser to the messiah emeritus … Barack Obama.

It’s the latest, logic-bruising silliness from the losers who just keep losing it.

Senator Rand Paul busted the entire swarm as “untrustworthy” … calling out communist-cuddler John Brennan for accusing Trump of treason … and James Clapper for perjuring himself before Congress.

As for the other silly-sleuths …

“Big Bird” Comey … the author no one reads … believes Trump is responsible for the Democrats “rush to the socialist left” … into the arms of the dim-witted Alexandria Ocasio-Cortez … the political grandchild of “Che” Sanders.

Yes, they do, Mr. Tall Guy … that’s why they elected Donald Trump, you dope.

And not to be out-dumbed, the ever grimacing Clapper … Mr. Clean’s body double … chimes in with this bit of Deep State bullspit …

“Donald Trump is … emblematic of … the loss of what I’ll call the beacon of truth.”  -James Clapper

The “beacon of truth”?

PU-LEASE! This clown wouldn’t know the truth if it sat on his lap.

And then offers up this bit of hit-man logic …

“Revoking their access to classified information could weaken their ability to work as consultants, lobbyists and advisers in Washington.”

Are they actually serious?

The Times thinks these guys should be allowed to stab Trump over and over again because … because it’s their line of work? Yikes.

And then there’s this  guy …  beady-eyed Petey …

Strzok began this latest round of liberal logic-bashing when he testified that calling Trump four-letter names didn’t mean he was biased.  No! No! No! Not at all! He just likes his politics kinky … ask his lover-pal, Mrs. Page.

And don’t forget Andrew McCabe … the FBI weenie who’s tried to cover his tush by selling out his colleagues. He’s amped up the political paranoia by begging for any immunity deal he can get … so he doesn’t end up in some extra-soapy prison shower.

These are all pretty pathetic actors …  all revered members of Obama’s circle of jerks.

And here they are … in their hands-in-the-cookie-jar moment … channeling their inner Brutus in order to please Barackus Hubris Maximus. 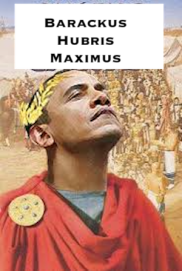 Donald Trump told these jerksters to stop peep-tommying around … leering through windows, listening through doors, and sniffin’ around the halls of government … because everyday is the Ides of March to these quislings.

So he’s pretty much decided to yank their security clearances.

Shutting them down. Making them extra useless.

And these offended fops are staring at each other like some socialite who sees dog shit for the first time.

They don’t understand that they are the bad guys …  for making money off of their governmental privilege … all the while cutting the President’s legs off.

And they can’t believe that Donald Trump won’t put up with that sort of playful treachery. Egads!

Clapper deserves the last word here … because it’s the most ludicrous statement of all.

”If he chooses to do it for political reasons … it’s an abuse of the system.”

Yes. He said that.

This is what’s left of the Democrat Party.  Wimpy logic-beaters who get teary over every political slap. They’re such candy-asses you wish Trump would just give ‘em wedgies … and send them out to the sandbox to cry.

And so, this is the latest fake news …  that Donald Trump is playing hardball too, too hard … because the President suggested that some Obama boot-lickers … who hate his guts … shouldn’t have open access to the political secrets of the government he runs.

I spoke too soon.