I could never get enough of my mother … because the line was too long.

I was the fifth of six sons. Denis in the middle. My situation wasn’t any more desperate than anyone else in the tribe … we were all mother-deprived.

But it wasn’t her fault.

The poor lady was run-ragged searching for lost cleats … keys that walked away … books that ended up in the wrong bag … and at the wrong school.

She was a cab driver … a short-order cook …  and a medic. She’d compliment you on your looks …  then tell you your breath stunk.  She was great with a rake … took your money in poker … and let the umps know they were havin’ a terrible day.

She managed our games and practices … doctors and dentists … cars that broke down … bikes that got lost … and dogs that went AWOL.  She kept a list of our girlfriends in her apron … but somehow “jocks” and “ace bandages” also made the list.

I can see her still  … in the upstair’s hallway … arms full of wet towels … kicking underpants ahead of her … to stuff into the massive hamper we all ignored … because we were fledgling Neanderthals.

She had longer conversations with the dry-cleaner than she did with my father.  The milk man loved her … and the gas jockey was always trying to look down her blouse. My best friend asked if he could call her “Mom”.  I beat him up.

My most tender moment with her was when I was six or seven. Doc Hughes sewed up my split lip as I sat on the dining room table. She held both my hands in hers …  locked eyes with me …

and went off on this chivalric tale of how men of great courage attract the most beautiful ladies.

My father must’ve been extra-courageous.

Her name was Helene … but it was pronounced Helen.

My almost-Jesuit father wasn’t much of a bother because he was never home.  He was a boarder … with benefits.  He’d disappear into the city at sunrise … and come home with the moon. He was as unfamiliar with family realities as my mother was with sleep.

When he tried to help, he mostly got in the way.  My mother made him more tolerable by plying him with Martinis … and carrying on about his good-looks.

They had twin beds. None of us were fooled. We could all count.

He was famous for bad decisions.

He put a giant picnic table in the kitchen … and bought an immense dryer from a laundromat. It was so big, we’d spend rainy days taking tumble-rides until we puked.

He thought he’d lighten my mother’s ironing chores with the surprise purchase of a sit-down machine the size of a small car.

It could press a pair of pants in 60 seconds … if they didn’t burst into flames. I think she used it twice.

Without telling my mother, he covered gorgeous oak floors … the entire first floor … with big black and gray linoleum tiles …  because it would be easier to mop up blood and barf … and dog presents.

My father was clueless before the word was invented.

He couldn’t find the laundry room with a map … and he had no idea what the third floor looked like. My mother had to explain “pass interference” to him.  On weekends, he dressed mostly in black because the thought he looked like Johnny Cash … or some famous priest who got cooked for Christ. 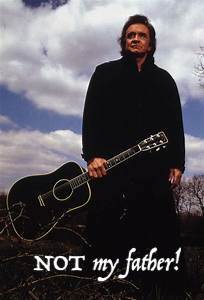 He called the dog whatever name came to mind … and insisted something was very wrong … because the hound couldn’t dance on two legs and bark in French.

His name was Cornelius … but everyone called him Connie.  My mother called him lots of names.

When my mother became pregnant with me, she put the screws to my father.  Told him to find a solution to summer. All those sons … out of school … in the heat … all too crazy … too much of a challenge for her.

So he bought a summer house on a lake. Not a cabin … a real-deal house … that kept my mother’s vacuuming skills sharp over the “lazy” summer months. All the poor lady had to do was keep us from drowning … and shooting each other with sling-shots and BB guns. No pressure there.

And that’s how we spent our summers … swimming, fishing, water-skiing … and bothering girls instead of our mother.

It was a good plan.

But when I was almost eight … we had to temporarily abandon our summer shangri-la because my two oldest brothers had extra holes put in their backsides … because of some nasty stuff I never wanted to know about.

They had operations on the same day … and my mother had to drag me  … along with my younger brother … back to civilization while she saw to the brothers with the curious butts.

The day was intensely hot.  Neighbors were supposed to look after us … but their kids were just as feral as we were … so we conquered the heat with garden hoses and water balloons.  We whiled away the hours riding bikes that were too tall for us … until my younger brother misjudged a curb and ended up with a bloody hole in his head.

A neighborhood mom judged the wound too unworthy of stitches … so he was given an ice cube and a pat on the back … and told to come back in an hour or so for a check-up.

My mother gathered us up in the early evening … and we motored off for some dinner … and then headed back to the hospital to check on the butt boys.

Hospital rules left my brother and I alone in the air-conditioned lobby … and that’s where this story really begins.

Soon janitors and nurses were all over the moment … sloshing up the mess … and taking my woozy brother to the emergency room.

My mother reappeared … and said … in mother sign language … “Not now! Sit there! Don’t move!”  So … I pinched my nose … found an unsmelly seat … and waited forever until they reappeared.

Concussion … from the bike crash.

And I’m thinking to myself … I am the fortunate son. No extra holes in my head … or anywhere else.  Just lucky me.

So out into the hot night we went. And there’s a ticket on the windshield … and a flat tire.  And my poor mother’s fighting back tears.

She sat us on the curb … snatched a heavy jack and a spare tire from the trunk … and pretended to know what she was doing. Even I was thinking … “She’s amazing … but she’s not this amazing.”

As she was kneeling by the flat  …  with moist eyes … flipping through the car manual …  this giant appeared out of the dark.  He crouched down … picked up the hefty metal lug wrench … and stood over her.

His white beard and hair stood out against his black skin. His face was sweaty-shiny … because it was so hot and humid. He seemed at least seven feet tall.

And I can still see my mother looking up at him … and over at us. Big eyes. Darting back and forth. Instinct stuff.

Then the titan spoke. So softly.

And she stood up … and smiled at the handsome giant … and her sinews uncoiled.

The tire got changed … he refused a tip … and settled for a grateful smile and kiss on the cheek.

Then my luck ran out.

My brother slammed the car door on my fingers.

Crushed nails … blood everywhere. Back to our new pals in the emergency room …  for another hour or two … for stitches, a tetanus shot … and a mummy-wrap. 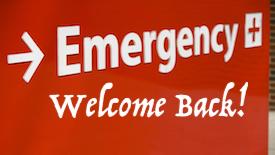 The day was now biblically tragic … so the hospital folks started calling my mother “Mrs. Job”.

A few minutes shy of midnight, the three of us finally headed home … and as we turned onto our street there was nothing but darkness.

Not a single light. Anywhere.

On the hottest night ever.

As I floated off, my mother gave into a deep-breath sigh … and a small cry.  And a cool teardrop splashed on my hot face.

And for that moment …  I was again … the fortunate son.

LISTEN “Lady Madonna” by Paul McCartney and the Wings