I write these things because it’s my way of holding on.

Sometimes help isn’t just around the corner. … because sometimes there’s just too much crazy there.

Southwest Airlines told a passenger that her pet fish, Cassie, wasn’t welcome to slosh around in her fishbowl during a flight from Denver to the loon capital of the world … San Francisco.

For reasons that escape me completely … this called for a detailed article in the Huffington Post … right next to the morning updates about the Paris riots and ISIS threatening to shoot up Times Square.

Anyway …. this woman lugs her fish around because she’s lonely … and I don’t know what to say after that.

And she was pretty upset that security followed her all around the airport as she begged strangers to look after her goldfish until help arrived.

But it seems fish-sitting is not so popular now-a-days … so she just dumped the poor guppie on some confused stranger and hopped on her plane.

BUT … she had time for a TV interview.

She was hurt that the “airport staff made her feel like a ‘criminal,’ and that people have been treating her like she was overreacting to the situation.”

See. I shoulda stayed in bed.

But things weren’t much better for her in the “People’s Republic of San Francisco”.

In addition to recent bans on bottled water and Happy Meals … yes, Happy Meals! …  city legislators want to ban the sale of any “domestic creature – from labradors to goldfish – taking place within the city limits”.

Because it reminds them of slavery.

Those creatures are “sold for profit, leading to many documented humane issues such as: overcrowded living conditions, lack of socialization, over-breeding, inbreeding … and poor quality of food and shelter.”

So, it’s a good thing Cassie the Goldfish didn’t travel to San Francisco after all … because she might have been set free … to walk the dangerous city streets … even though she has no feet  … and no sense of direction.  And no chance of scoring a Happy Meal.

Because this seems like a happy ending after all.  Good things happen to good fishes!

Feel this extra layer of lunacy wrapped around us.  That we’re in some deep ditch of ridiculousness.  Our heads stuck in clouds of craziness that just follow us around … to remind us that idiots are now in charge.

Maybe bed isn’t such a bad place after all. 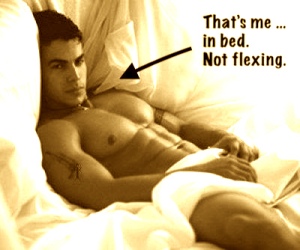 Until they find something wrong with sleep. Or pillows. Or both.

I’d wish you all a Merry Christmas but that would get me in BIG TIME trouble … because it reminds folks that Mary … the Mother of Jesus … was a #MeToo victim.

And Santa Claus should be a jolly transgender.

Have a good one!

1. “Lanice Powless, a sophomore at the University of Colorado, was not allowed to board a Southwest Airlines flight from Denver to National City, Calif., with her pet fish, Cassie, on Thursday.“ READ HERE – A FISHY TALE