I wonder if you need shoes in Heaven.

One of the most splendid teachers I never met is gone.

Never once met her. Never heard her voice … or studied her face. Can’t tell you how tall she was … or how she styled herself. But I will forever wonder what sort of shoes she wore. 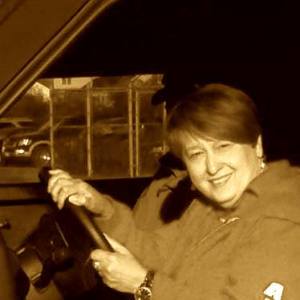 That was her name. Try not to forget it.

Marge was a long-time principal at Allendale Elementary School in the West Seneca Central School District … outside of Buffalo, New York.

She slipped me the news of her sudden retirement decision as summer neared. Abrupt stuff. Hinted it was a health decision. Everyone knows the code.

We’d met via the internet ether a few months earlier. Destined to crash into one another because we shared an identical pledge to protect children … and their childhood.

So I set out to scribble stuff and Marge went about teaching kids to marvel at ruby-throated hummingbirds and purple bushes.

And to wonder about shoes.

Marge was way over-supplied with clever. And she was the real-deal anti-testing warrior. A total original.

While other school leaders practiced solemn soliloquies or earned fire-brand status with hot speeches, Marge would have none of that spotlight stuff.

Instead … she whispered directly to her children, but she whispered loudly enough so that their parents could eavesdrop … and understand her sweet magic.

There were no pre-test rah-rah sessions or post-test number-crunching. Nothing like that at all. Not at Allendale Elementary.

So … in a quiet rage against this testing madness … Marge penned a special letter to every child … and carried on about painted rocks and ”a butterfly bush that is growing outside of my office window”.

And she huffed sweetly about some menacing crow she and some students encountered in the woods that was “tormenting the baby rabbits.”

And how it had been run out off by a very brave mother-rabbit who “jumped in the air and batted at that crow with its front paw.”

was the sort of drama her kids needed.

Not that testing drama.

And then she hat-tipped every single mom by comparing them to that fearless mother-rabbit.

That’s how she earned the love of those kids and the devotion of their parents. And that’s how… together … they body-slammed those miserable tests. And her school not only had opt-out numbers to boast about, but state scores that indicated zero growth.

And Marge was totally delighted with zero … because that wasn’t the sort of growth she wanted for her kids. And the parents agreed.

So the parents were on board with hummingbirds and painted rocks and hero rabbits. And Marge Borchert went about saving childhood … and asking for shoes.

Shoes for less fortunates in far away places … like Uganda and Haiti and India. Shoes for kids to wear to school. Shoes to start a micro-business. Shoes that wouldn’t meet their end in a dreadful landfill.

And slowly the shoes piled up in her school.

They’d arrive in single pairs or in great big bags. She’d find shoes dangling from her door knob … or piled on the school steps.

All sorts of shoes. Elegant and practical. Brand new and not-so-brand new. Some for kids and some for bigger feet.

Her kids sorted them and banded then and re-laced them. And Marge turned those shoes into imaginary passports by asking kids to wonder where those shoes had been. Who had walked in them. And what the future had in store for those sneakers and sandals and boots.

“We had some very animated conversations about where our shoes had walked, what nature trails they might have covered, what animals they may have seen, and what sort of seeds might be stuck to the bottom off the shoes.”

Those shoes taught her children all about charity, too … which is the first shuffle to understanding caritas … a sacred sort of love I first learned about from my almost-Jesuit father.

Caritas is mankind’s elixir … the tonic for all humanity. And Marge made certain her cherubs had their first sip with her.

And now Marge is no longer here.

But there are still lots of tiny souls who need to walk in mini-forests … and laugh at nutty squirrels … and wonder why forest moss looks just like carpet.

And they also need to learn that their lives on this planet can be measured in all sorts of different ways. Perhaps by shoelaces. Or by kindnesses they do for people who live only in their imagination … or in their heart.

Who wouldn’t want their child

in the company of a Marge Borchert?

Now … now she’s off on another sweet adventure … in a new dimension. Perhaps called away because her lessons are complete. And the rest is up to us. 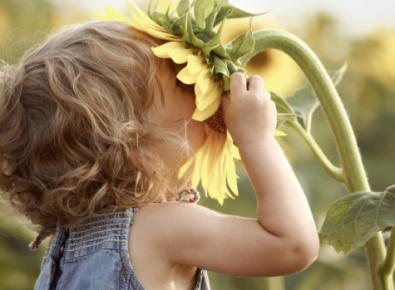 Or maybe God wants Marge there … to teach some very little angels all about painted rocks and red-throated hummingbirds.

And shoes that tell the most wonderful stories.

Sincere Thanks to Susan Smith for This Song. “Well Done” – a perfect accompaniment CLICK HERE TO LISTEN

One thought on “Good Shoes Take You Good Places”