Here’s a reason for a Fourth of July smile …

Americans are walking away from the Democrat Party in droves … and embracing the country they love. 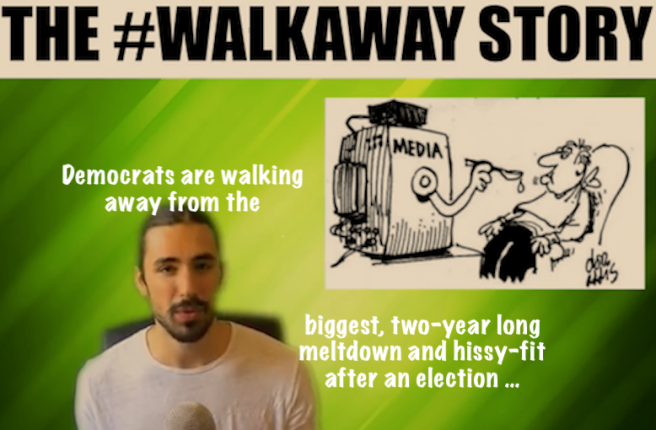 This guy gets it … and he’s a former Democrat.

And he’s right … no tantrum can last forever.  And this honest guy tells us why.

“People are walking away from the biggest two-year long, meltdown and hissy fit after an election … that has even left-leaning gay journalists … who don’t like Trump … admitting this is ridiculous.”

This is the #WalkAway Movement …

and it’s no small thing. Not at all. 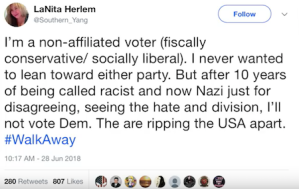 Thousands and thousands of very decent Americans … who are left-of-center …  want no part of this Liberal madness. This mania. This incessant anger. This appeal to violence.

America-loving, law-respecting folks from very diverse backgrounds might disagree at times … but they haven’t forgotten that America is a very special creation. And they’re not gonna throw it all away. 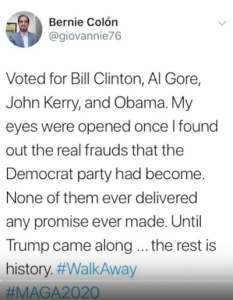 The #WalkAway Movement is here because the extreme-left has snapped their connection to mainstream Democrats. 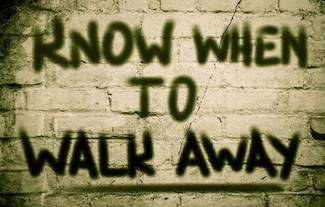 And the movement began with a gay, former liberal who just couldn’t deal with the madness that’s gone too far …  and bruised too much common sense … and attacked values and virtues most Americans can never relinquish.

Too many democrats have  become hardliners. 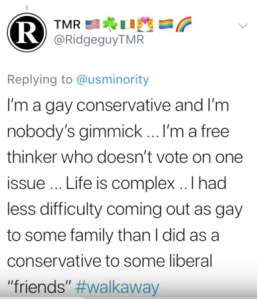 Enough has become too much.

It’s all become too crazy … too ridiculous … too absurd.

“This IS the silent majority. There is no way to step over, walk over, hate, push aside hundreds of millions of gay, straight, women, Black, White, Latino, Asian, Indian, Muslim, Christian, Jewish, Hindu … just because you don’t like Donald Trump … and the news told you to feel this way.”

This #WalkAway movement is real.  It’s diverse … patriotic … and concerned for America.

“And it will continue if they push this narrow agenda of absolute confusion, resistance, protesting and hate for the president, hate for conservatives … and what looks like a socialists take-over of the Democratic Party.”

Perhaps this is the bottom bounce. I know of folks who are up for stitching up wounds and standing side-by-side again. I’m up for that sort of repair. Up for talking out our differences … debating in good spirit … and listening more than talking. And never going near any “I told you so” stuff.

Christina Goyette has it right … 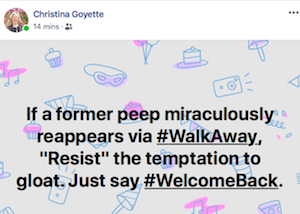 So this July Fourth …

let’s put ourselves back together again.