It’s a wild world out there.

There’s dumb all around. Folks citing make-believe laws. Making up constitutional facts. Alleging imaginary precedents.  Because liberals insist they’re right …  and you’re wrong.  And they have the lies to prove it.

You’d think they’d won an election or something.

Al Gore … the man who swore we’d all be living in igloos twenty years ago … says Trump’s presidency should be “terminated early for ethical reasons.” Right, Mr. Ethics.

Hillary Clinton say it’s “only fair” that “Kavanaugh’s accuser deserves the benefit of the doubt.“

Stop by Hillary’s  … and get your bag of fairness, okay?

Michael Moore has decided for us all that “Our President … should not be allowed to make an appointment to the Supreme Court.” 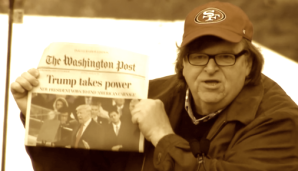 I am not gonna argue with a 64 year old glob who stills wears his Little League hat.

John Kerry thinks it’s just fine for him to meet with Iranian leaders because he “doesn’t think President Trump is up to the task.” 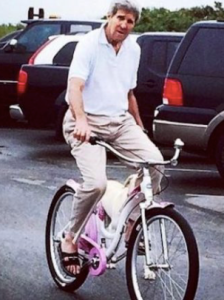 This is the same guy who fell off his bike … and nearly died.

Senator ‘Tonto’ Hirono (D-HI) told men to “shut up and step up“ when it comes to Brett Kavanaugh’s sexual assault accusation. 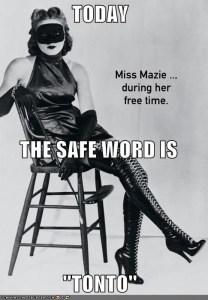 Senator Diane Feinstein … who started this Supreme Court clown show  … now says “I can’t say that everything is truthful“.

But she threw it all out there anyway.

Christine Blasey Ford … Judge Kavanaugh’s accuser … says she doesn’t remember the year of the supposed assault … “but remembers she was 15”.

Kate Bolduan … CNN host … actually told a guest … “Do not attack the stellar reporters of CNN!”. The camera jiggled up and down.

Susan Collins breaks silence on Kavanaugh’s accuser’s odd behavior: ‘Very Puzzling’. But not puzzling enough to call her a nut.

And I thought black and blue went together … right Miss Tonto?

Governor Jerry Brown: “Somethings gotta happen to Trump.” People must “get rid of him”. The man has Skittles for brains.

Cory Booker: “Of course the presidency will be something I consider. It would be irresponsible not to …”

Be irresponsible. Lay down your spear, Asparagus.

As usual, Jo-Jo’s brain is locked in reverse.
Does anyone have a screw-driver?

Anita Hill: “Judge Kavanaugh stands to gain the lifetime privilege of serving on the country’s highest court … he has the burden of persuasion. And that is only fair.”

Who says he has to persuade anyone? And who said that’s fair … other than you?

So, giving her a chance to speak … and to make her case … is … is silencing her? Who would ever have guessed?

Feminists call new iPhone ‘Sexist‘ … because its screen is too big for female hands. I guess men should get a handectomy.

“These people in Congress right now … on the Senate Judiciary Committee … these white men …  old by the way … are not protecting women. They are protecting a man who is probably guilty.” 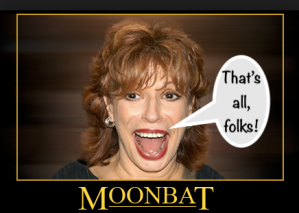 November is National Sanity Month.  Do your duty … vote.