Today’s blog space speaks to the comments of a professional pundit … Michael Graham …  a talk-radio host, writer, and conservative commentator.  I found him … are you ready? …  on a CBS website.

“In the wake of the pipe bomb scare and the Pittsburgh shooting … Why aren’t Trump supporters  turning on the president ...”

Graham’s response is the best.

” …  it’s because when everything is Trump’s fault, nothing is.”

I know, over-kill is the wrong word for this moment, but that’s what’s become of this “Blame Trump” madness …

“… the media appear to have the same news story logged into their computers, one in which the details change, but the ending is always the same:  “… and that’s why it’s all Trump’s fault.” 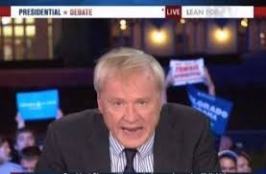 That’s why so many Americans identify with Donald Trump. They’ve gotten the exact same treatment for a long, long time.

” … when Republicans see President Trump blamed as the sole cause for America’s ills, many of them think ‘Buddy, I know exactly how you feel.‘”

That’s their kinship with Trump.

They know that “as conservatives, gun owners, Tea Party supporters,  [and] Evangelical Christians —  [they] are always going to be portrayed as the bad guys. Always.”

So, they decided if they’re gonna get called every name in the book

“… why not back a politician who would at least fight back on their behalf.”

And Donald Trump came down the escalator. 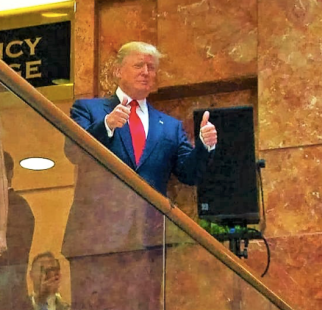 The Left had viciously bashed George W. Bush and John McCain.  Even Mitt Romney …  “the world’s biggest Boy Scout”  … was torn to shreds by Obama and the Left.

So, Republicans and Conservatives went with a puncher for a change.

“Trump is under attack, they believe, because Trump stands up for them.”

But it hasn’t stopped the blame-game. In fact, it’s worse than ever … and so every news story ends the same way. 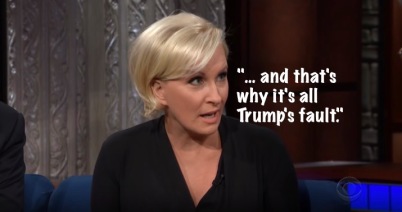 And soulless pundits go to disgusting lengths to pin it all on Trump. “Consider an Atlantic article  published the day after the Tree of Life mass shooting entitled ‘Trump’s Caravan Hysteria Led to This.’ How does opposing a caravan of migrants … cause an anti-Semitic attack in Pittsburgh?”

But it doesn’t matter. It serves a purpose … and that’s to beat up on Trump … and you … every day. every way, every chance they get.

And you’re supposed to crumble. Flinch. And skulk off.

And turn over the political reins to this extreme Left … so they can pick up where Obama left off.

And so we have to endure this never-ending hysteria. “And yet standard-issue partisan rhetoric from the Right is immediately declared racist dog-whistling and used to condemn the entire party.”

And Michael Graham warns us that this isn’t going to stop. That it’s now a permanent part of the Left. The goal will never change.

They wanna shut you up.

“Well well well…lead NeverTrumper Kristol is as desperate as the liberal left. They ARE one in the same you know that right?

He wants you to believe along with the liberal spinmeisters that voters calling out AntiAmerican evil Soros are only doing so because he’s Jewish! We are all anti-Semites. Read that again! LMBO seriously these people think your stoopid! Holy SPIN!

Soros a nazi sympathizer who stole art from Jews and has no regrets, has devalued currencies for entire nations, funds moveon and resistance, bankrolls socialist democrats and has declared publicly he hates America and all Americans is now a targeted Jew?! Can’t make it up people.

Bill Kristol quoted a tweet from NBC’s John Harwood, who had quoted a tweet by CNN’s Andrew Kaczynski linking to an article about Fox Business…” -Michelle Moore