The day started as it always does … bumping around in the dark.

“… this morning … find multiple parents complaining about excessive Kindergarten homework 6-7 handouts, writing assignments … and 1.5 hours of I-Ready per week for a FIVE YEAR OLD … high school English teachers … told … there is no value in their students reading an entire book or a Shakespearean play … because there is NO VALUE FOR STANDARDIZED TEST PREP …”

Read that a second time. Slowly … so the craziness is crazy-clear.

Would you like some valium with that coffee? So that you’re comfortably numb?

“Not coincidentally, failure was one of Jake’s biggest fears … The relentless drive to avoid such a fate seemed to come from deep inside him. He considered it a strength.”

And, of course, it’s all manufactured madness. Concocted craziness. Ginned-up by this educational lunacy of the last decade.

Education’s deep spiral has now hit bottom. And the thud you hear? That’s your child’s head … hittin’ the wall.

And it gets worse.

Now the madness-makers … the crazy creators … they wanna prescribe the cure. There’s a scary syndrome for that sort of clever weirdness, right?

It’s no secret that lots and lots of kids are falling apart. On every level. A few keystrokes will leave you with enough sad reading for a thousand sips of coffee.

“Alarmed, Jake’s parents sent him to his primary-care physician, who prescribed Prozac … the first of many medications …and some made a bad situation worse.”

And the pressure is more grinding than most understand … because there’s a new twist to this educational waterboarding … technology. 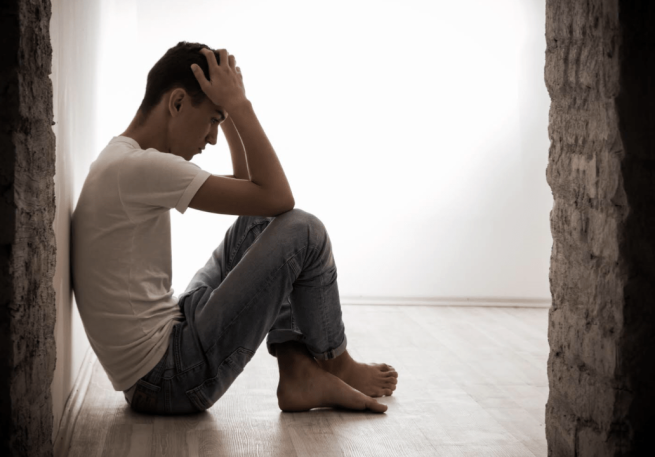 So, there are fewer sanctuaries than ever for children … less time to day-dream … less recess minutes to hang upside down … less giggle time and song time. Less kid time.

No respites. No pauses. And it’s not just several anxious days each spring. It’s everyday. Perhaps several times a day.

It’s competency based education … CBE … and it has your kid on the hot-seat … All. The. Time.

“A few weeks later, Jake locked himself in a bathroom at home and tried to drown himself in the bathtub … He was hospitalized for four days …after he returned home, he started hiding out in his room again. He cried, slept, argued with his parents about going to school …”

And this is the grave new world of education … one of rich monotony and dangerous stress … where kids are squeezed and strained and duressed. And then sent home to decompress … until they fall apart. Like Jake.

It’s happening to kids as young as 6 and 7 … right through the teenage time. Stress doesn’t discriminate … and it doesn’t cure itself.

Everyone sees it, too. It’s no mystery.

Homes suffer through homework hell. Kids don’t wanna get on the bus … because they wanna get off the hamster-wheel. Some act out … and some fall apart.

And now the same geniuses who made the mess are galloping to the rescue … with “mindfulness and meditation” … and they want to record “the thoughts, attitudes, beliefs and mental processes of children.”

It’s the latest intrusive, progressive fad called “social emotional learning” or SEL … and it’s designed to get into your kid’s noggin. Literally.

And where’s this all coming from? The corporate world … the work place … and “the desire of the corporate progressives … to use SEL to change education from focusing on academics” … so students can be “slotted into careers.”

Ah! Those algorithms! … from way back when … are payin’ off big time! And you thought “career ready” was an empty chant. Think again.

Now it’s clear-clear … that children are being covertly nudged into this or that career pathway … justified by overwhelming mounds of data that can be Hansel and Greteled all the way back to the days when joy was first run out of their very brand-new lives.

“That summer, after two more hospitalizations, Jake’s desperate parents sent him to … a residential treatment facility … one of a growing number of programs for acutely anxious teenagers.” And a new industry was born.

And now a new battlefield is in plain view. Parents have seen it all before … so this … this is just a new swerve … a new lurch.

It may be time to take up your shields again … and to bang them more loudly than ever.

The mother who set this morning on fire … she deserves the last word.

“I don’t know who you think you are … but the parents are awake. We are on to you and the behavior of your administrators. We will hold you publicly accountable until you decide to do the right thing for our children. And we will make you famous until that day. You should be ashamed of yourselves.”

For your listening pleasure  … from my friend, Freddie … Under Pressure

6 thoughts on “Under Pressure”