This episode of dossiers and wire-taps and bogus investigations is all that remains of a presidency bloated with egoism, famed in corruption, and consumed by vendettas.

His was a presidency that trampled on the principles of American politics by contaminating the election process. By tremoring the bedrock of this republic.

The easy temptation is to confine this politburo-style heavy-handedness to Donald Trump. To examine this mess only in the context of his election and his young presidency.

This, however, goes beyond Donald Trump. Beyond the obvious. Beyond belief.

Barack Obama sought to destroy this republic. To vandalize its political heritage. To destroy it from within.

Obama sabotaged the substructure of our political system.

He weaponized government agencies … commandeered them to serve his political ideology. And he commanded those around him … those in his immediate circle … to conspire with him. Bending them to his political will with flimsy dossiers, false pretenses, and manufactured evidence presented as hard truths to the public … and to the courts.

And to the end, he enjoined the IRS, the FBI, the Department of Justice, the EPA … and other arms of government … to collude with him. To do his bidding. To circumvent processes so he could corrupt not only a national election, but also shred the fabric of America with the stroke of a pen … and by fiat of executive orders. 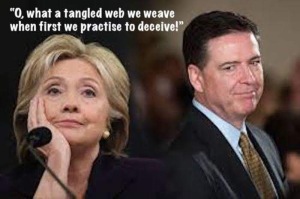 And Walter Scott was right … “O, what a tangled web we weave when first we practise to deceive!” … because sedition is a complicated business. And Obama lost control of his own treachery … and his political frankensteins. The plot grew too thick and the players too many.  And like all lies that depend on other lies, it wobbled beyond his control. 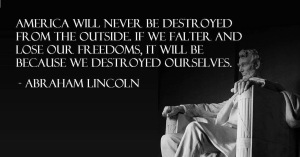 And it all fell apart.
So now it’s all laid bare … before us … to see for ourselves.

And it’s not so complicated at all … if you steer clear of the weeds … where liberals ambush logic … where they suffocate the truth with strangling rhetoric. 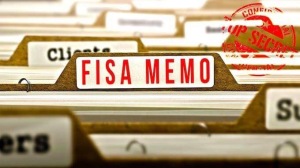 It’s important to not be numbed by the particulars.

To not be overwhelmed by the bizarrely preposterous Trump Dossier of Christopher Steele … and his willing believers at the DoJ. Loretta Lynch and Bill Clinton on the Tarmac . The missing Hillary Clinton emails and the Comey exoneration. Wire-taps of Trump. Lies to the FISA court. The Mueller investigation.

Campaign dollars passed around like political cocaine. Or the married FBI lawyer who exchanged 10,000 texts with her anti-Trump agent-lover … who was a key player in Mueller’s fraudulent Russia probe.

Those are the shiny objects. Stare too long and the big picture fuzzes up … and the liberal hypnosis sets in.

Steel yourself for the days ahead … for the assault by the political pundit-class and the media magistrates who will contort the truth and jelly-up the facts … in the hope that your big picture loses its focus … so you are once more dragged into the weeds.

The truth is now so clear. So obvious.

This messy moment belongs at the feet of Barack Obama.

He is the American Judas.

2 thoughts on “The Legacy of the American Judas”