Check out this loose cannon. Quite the ticking time-bomb.

I thought Maher was losin’ his brain beans, but this De Niro nut … Yikes! … he’s clearly crossed over to a special dimension where you hope and pray the walls are spongy.

So Mister Focker dropped in on the Tonys …  and dropped a few spitty F-Bombs. Let loose with “Fock Youse” all night long. And this apparently tickled the Sesame Streeters in the seats … who tee-hee-ed so much … there was a tinkle traffic jam at the pee-pee rooms.

Talk about an easy audience! 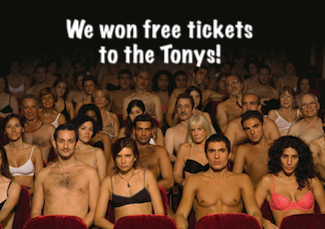 So the ragin’ bull-spitter had it out for President Trump … who is clearly not Bob-O De Nutso’s president … because Di Nutso lives in a fairyland … and you can do fairy stuff all day long in fairyland …  including choosing what ever president you damn well please.

It’s a Hollyweird privilege.  We can’t do that. We’re not weird. We can’t say “Me Too”.

Then there’s this crusty crank … Bill Maher …  aka Bilbo Mocker … who broadcasts from Loser Angeles … a city so goofy it weirded-out Rod Serling. Mocker calls himself a “proud gun owner”  and a meat-eating board member of PETA … which proves his Libtard-Regressive values of nothingness. He’s also a fluent “Flanguage” speaker … which makes him a veteran F-Bombadier … just like that other Focker.

He claims to be an economist. Actually an economic assassin. His claim to fame is his promise to destroy Trump by sinking America. By praying for a catastrophic economic collapse. The man cannot love America any more!

Now doesn’t he sound just like the snot-kid on your block who insulted your dog on his pouty way home?

So it’s Maher’s eager hope for an economic face-plant … a crash. For the entire country. Some real-deal personal money-pain. For everyone of us. Just so he can play Pin-The-Recession-On-Trump … while you and I get a chance to relive those Obama years all over again!

And talk about immaturity. This is his solution to his political angst?

Let’s decide  … as a nation … what mental maturity we should assign Bill Maher. Is it 8 or 9 years old … because he’s clearly not a middle school intellect.

What about this suggestion?

Why don’t these two Libtard-Regressives run in 2020?.

For president and vice-president. Focker and Mocker?

And here’s how they win votes.

Di Niro makes the only funny face he has … and Maher interprets it in sign language. 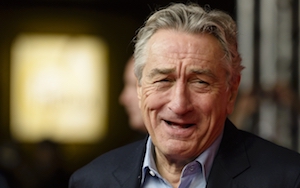 And they can ask those clappers … that edgy Tony audience with the goosebumps … to volunteer … because nobody gets a paycheck in the “good recession” we’re all looking forward to, right?

They can ask those clappers to tour with them across America … and they can clap like seals.

And if Focker and Mocker win … they promise to give those folks back their pants and shirts.

And to give you and me a recession to remember!

Is this a great country or what?

2 thoughts on “This Is One Special Focker”