THE DUMBING DOWN OF AMERICA

Camille Paglia, the renowned social commentator, almost gets it right.

In fact, she nearly stepped on the answer herself … in her very own words.

It is true. There’s a new generation that loathes America … and they don’t even know why … because they’ve been more indoctrinated than educated. 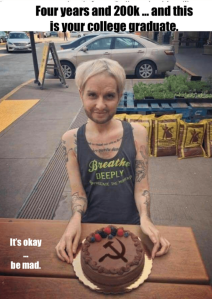 “… these young people … have no sense of history … No world geography. No sense of the violence and the barbarities of history … they think that the whole world has always been … a … comfortable world … They have no sense … of the great civilizations that rose and fell … and how arrogant people get when they’re in a comfortable civilization. They now have been taught to look around them to see defects in America … and to feel that somehow America is the source of all evil in the universe.”

Current academics don’t produce scholars. They graduate sensitively schooled historical tip-toers who have, at best, popcorn knowledge. They prefer to search for historical sins rather than for historical truths … because they are in the indictment business. And America, it seems, is very easy to accuse.

Chances are very good they’ve been voodooed by some crunchy college hall of fame radicals … or their liberal apostles.  These disciples of the Sixties guarantee the college adventure will be very expensive …. but also extra-rich in micro-aggressions, safe spaces, free speech zones, segregated dorms, Play-Doh therapy sessions, canceled exams, gender-neutral pronouns, and anti-reality-siestas … because the real world disrespects their air-brushed lives.

The Sixties is the decade that just won’t go away.

Camille Paglia admits that this mess began fifty years ago … just as The Sixties came to its chronological end … but not its influential end. And she’s right …  it was was all down hill from there.

That decade still pollutes our politics, excuses our immoralities, disparages success, violates the arts, absolves generations of economic inertia … and blesses mother-government as the healer of all that ails society.

Some of my own friends were swallowed up in those Sixties’ moments … which then morphed into a life-style. Then an ideology. And then a religion. Colleges became their cathedrals … and classrooms their pulpits. Odd-ball preachers who never left the past behind.

No decade in American history has had a longer life than the Sixties. And none has been more toxic.

I know this first-hand because I lived that decade … and as a teacher, I taught the school’s most popular senior elective called … yup! … “The Sixties”. The perspective is there. 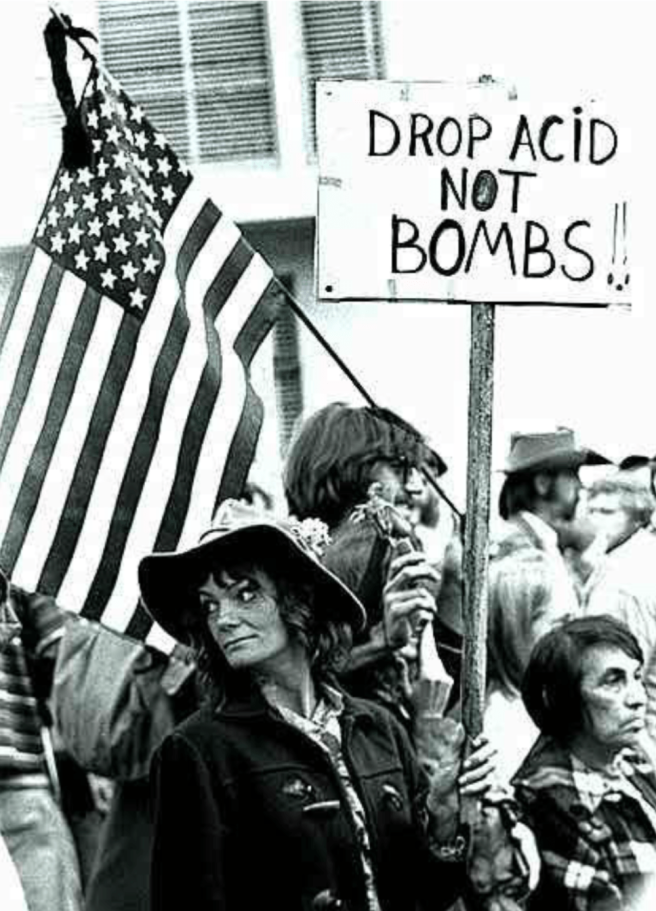 Today, your sons and daughters are tutored by these oblivious caricatures and contaminated with wincing opinions of America … and life in general.

And very fine families … with big dreams for their sons and daughters … go into high-hock to pay extortion-tuitions … hoping and praying their kids will return home prepared for a real career rather than a life of pissy-pouting and fault-finding. It’s a $50k a year crap-shoot.

Finally … the right questions are being asked.

Why must hard-working Americans dig a deep pit of debt so their children can be warped by over-the-top liberal zealots who think it’s their right to contort impressionable kids into their image?

More than one generation has been perverted by alarming crap-nonsense, scrubbed free of reality, and  tenderized into easily-offended wussies … finally graduating with a jokey view of politics … and the intellect of middle schoolers. But they hardly lack for self-esteem … self-importance … or self-righteousness.

And they are given to cringey, public exhibitions as clowny members of the Anti-Fa UnderRoo Army. Or as silly, hyperbolic politicians. Or kneeling millionaire-jocks. Or college morons easily triggered by imaginary threats.

They expect the world to be a well-stocked Eden … in which all of life’s comforts and satisfactions are there for the picking.

Millions of American now grasp that they’re in the midst of a hopeful upheaval. A long-desired disturbance of an unhealthy status quo. And they also sense they’re in a position of cultural advantage … at long last.

The ambition is not to restructure America. The intent is to resurrect America.

2 thoughts on “THE DUMBING DOWN OF AMERICA”